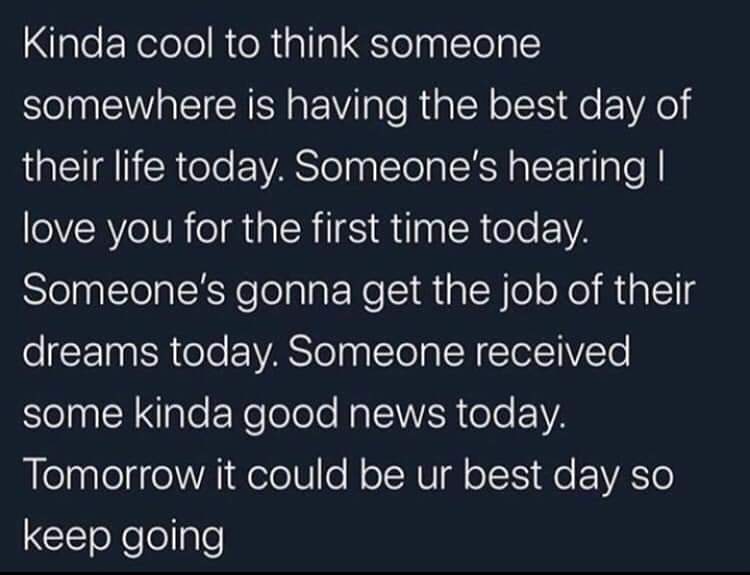 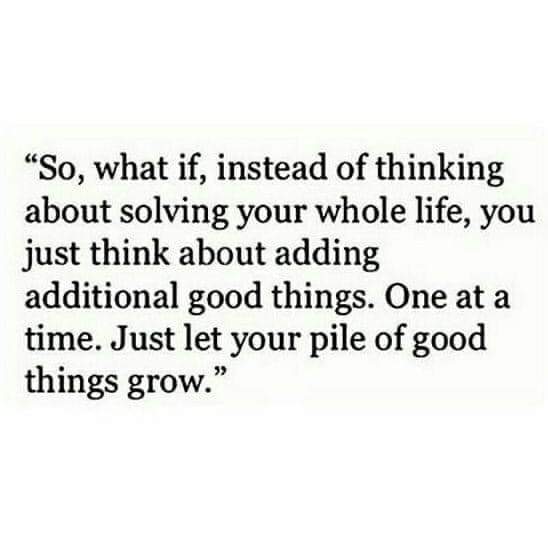 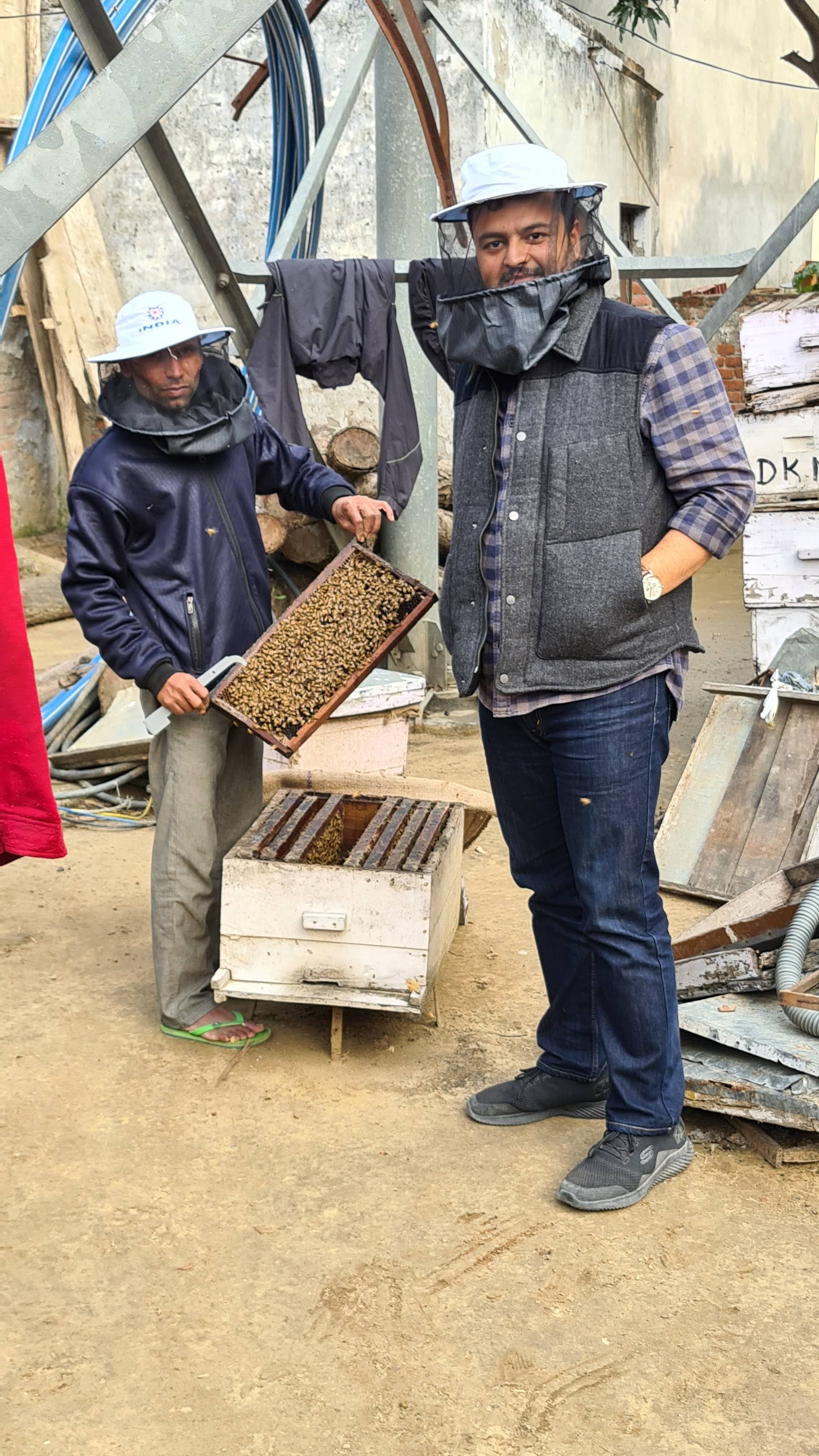 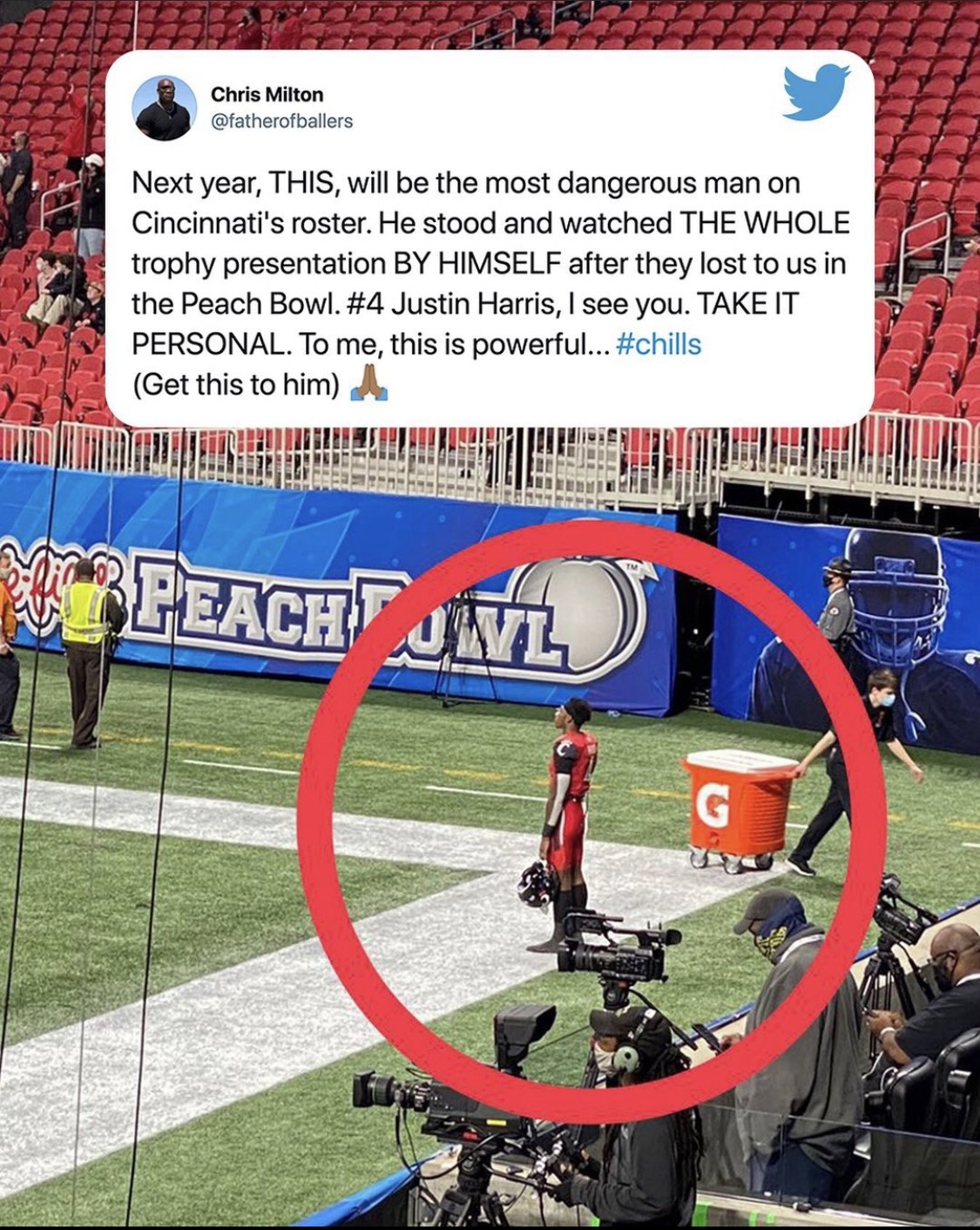 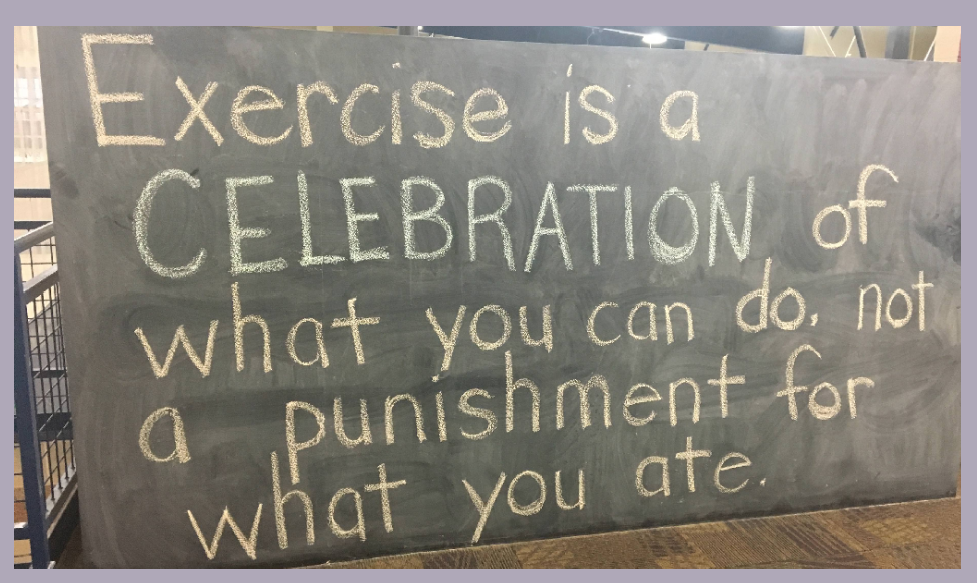 here are a couple pictures

I have changed my life tremendously in the past 5 years.

When I started this mission I,

I would constantly try to change my life around but nothing seemed to work. This only led to me being more depressed. I felt like I wasn’t who I was meant to be. I was trapped in a shell of myself. This kept snowballing until one of the worst weeks of my life changed my life for ever.

The week started with my then girlfriend and me driving to go pick up pills. I was constantly lying to her about my pill addiction. I would tell her that we were going to this place to sell a part. She believed me and I got my pills. Well, we got pulled over and I fessed up to her. I told her that I had a bag of pills on me and I was probably going to jail. She grabbed the bag and told me she was going to take the fall for it because I was in school (she didn’t know I was failing out of college). Well, she got arrested and I didn’t. This sent me spiraling. The guilt weighed heavier than a mountain on me. All I could do was bury myself deeper in the drugs.

Well about 2 days later I was driving and I ended up with a dui and 2 counts of controlled substance. I was bailed out and a day later I was arrested again for PI. I was bailed out again and I went to go get my car out of impound and I was arrested again for driving without a license. I was bailed out again. My father bailed me out of every one of these. I remember the moment my life changed forever. I had just gotten my girlfriend thrown in jail for something that was my fault and was arrested three times. All in one week. All he did was look over at me and tell me that he wasn’t going to give up on me. That he was going to help me fight this.

I realized at that moment that I was letting everyone down. My girlfriend and father both had so much faith in me and I constantly let them down. I was a failure in every sense of the word.

I decided it was time that I fixed myself and became the person I wanted to. This is the point that I learned the first thing that changed my life. I couldn’t tackle every single thing that was wrong with me at once. I’ve tried it hundreds of times and every time was too overwhelming. I needed to prioritize my issues. Tackle them in level of importance. This made things more manageable. The first thing I attacked was the drugs.

I bought 3 suboxone and weened myself off within 4 months. I spent every moment of those 4 months in pain. The suboxone made it easier, but as I was running out, I was taking smaller doses. Eventually I was out. I pushed through the rest of the pain. I would smoke about 3 packs a day and eat about twice as bad as I normally did. But none of that mattered at the moment. What was important was getting off the drugs. My withdraws felt like having the severe flu for about 4 months. I would be sweating and freezing at the same time.

Eventually my withdrawals subsided and I decided to just knock the cigarettes out while I was accustomed to the pain. I decided to use the patch and I pushed myself of cigarettes. This was infinitely harder. But I had one advantage, I had momentum from the drugs. I realized that I conquered one aspect of my life so I didn’t want to lose any momentum. I pushed through the pain. At this point i hit my first speed bump. I had been in a pretty bad skateboarding accident and damaged my leg.

I was pretty sure that I tore my ACL but I didn’t want to go to the hospital. I couldn’t bend my leg anymore and it was incredibly painful. I knew that if I went to the doctor, I would need pain medication and I couldn’t afford to pay it. I made the decision to stop skateboarding and to wait it out. After about 6 months I was able to bend my leg again. I had to use a cane for about another 4 months.

Throughout this time, I started commuting myself more to school. I began attending class, I did my homework, I read the chapters, and I took advantage of any study sessions or extra cuticular activity I could find. My grades began improving substantially. I started making all A’s in my undergraduate. I changed my degree plan to legal studies. I started setting my eye on being a lawyer.

About a year after my injury I was clean off of drugs and cigarettes and I was just regaining the mobility in my leg. I had a new void, I couldn’t skateboard anymore. My leg would hurt tremendously when I jumped so I had to give up a passion I had for 15 years. My depression was creeping back until I met someone.

I can’t confirm or deny the existence of a higher power, but what i can say was that this person pushed me along my path. He lived in an apartment next to me. We got off work at the same time so he would always ask me to go to the gym with him. I would always avoid him by sitting in my car or waiting until I felt like he was gone but he was relentless. I finally caved and told him I’d give him one week. Well it turned out that I loved every bit of it.

Exercising helped me measure my personal growth in a way that was well . . . Measurable. Every week I was getting stronger. I could measure my strength increases in Pounds. My growth began again. I became obsessed with exercise. I would read books about it, I would think about it non stop and I would calculate different things to maximize my growth. Building my body up gave me confidence. The stronger I became, the more healthy ego I developed. Before, I still considered myself a loser junky. But with exercise, I was able to disassociate myself from that. After I developed a deep understanding of weight training, I turned my head to my diet. I quit eating fast food and quit drinking sodas. That led to me calculating my calories which lead to me actively do research on optimal nutrition.

Mind- always increase your knowledge and understanding. It doesn’t even matter what it is. I would challenge myself to cook more and more complicated meals, push my self to develop A’s in school, understand the mechanics of weight training for efficient lifting, or trying to understand some new concept. I would find a challenge and overcome it. Once I overcame it, I would try something slightly harder.

The same thoughts would apply to my body and spirit. Pretty much I would use progressive overload to push myself further. At this point in my life, I was confident, getting smarter and stronger every single day, and developing myself through constant introspection and viewing new ways of life.

I finally graduated with my undergraduate. But instead of going to law school, I found a new love, economics. I decided to enter my Masters Program. I spent the next 2 years busting my butt to conquer this program. During this time, my girlfriend and I got married and had a daughter. About 2 months after she had our daughter, she developed Steven Johnson Syndrome (sjs) which developed into Terminal epidermal necrolassis (TEN).

WARNING: DONT LOOK IT UP.

I’ll save you the search, it’s where your skin melts off of you. It’s pretty much chemical burns all over your body. She lost her lips, the skin on her lungs, and over 80 percent of the skin on her body. I was in the first semester of my masters. I hit another speed bump. I would drive to the hospital and do my school work in the burn ward. I’d alternate staying the night at the hospital and staying at home with my newborn with her mother. It was the most stressed I had ever been. There were two other people with SJS and they both died. At a certain point I was preparing for the inevitability that she would use to. I would help clean her wounds and apply cream to her lips so they wouldn’t weld shut. But I didn’t give up. I had spent 3 years bettering myself and she was there to support me the entire way. I refused to let her down.

Thankfully she pulled through. The doctors eventually released her but she was bed ridden for about 3 months. I spent the next three months taking care of her, my daughter, work, and my masters degree. This was probably the hardest point of my life. But I pulled through with all A’s. She healed eventually and we got married. But by the time we decided to get married COVID hit.

I spent the last year of my masters learning behind a computer. Before, I would use the resources to help me. I would borrow books from the library because I couldn’t afford them. I couldn’t do this anymore and I couldn’t afford the books. I pawned, sold, and hustler everything I could to afford the difference in money. But I pulled it off.

This brings me to today. I just graduated with a 3.9 gpa and I just had my honeymoon with my now wife. We saved up to go to Hawaii. We bought our tickets on discount during COVID and our hotel during Black Friday. We decided that I was going to climb Diamond ahead to take pictures to celebrate my graduation. We complied with every request by Hawaii to respect COVID regulations and made it to Hawaii and found out that Diamond Head was closed due to COVID. I was upset but it didn’t matter at this point.

Well, as fortune would turn, Diamond Head opened on the last day we were there. We were one of the first to hike it. We climbed the entire mountain and I took my pictures. For the record, we complied with all regulations. When I took the picture, the couple of people that were up there with me gave me about ten feet of space and I held my breathe while I took the photo.

On the way down we were actually interviewed by the local news station and ended up on the news!! They used my graduation photo and everything!

I’m now a loving father and husband, a masters degree holder, the best shape of my life, and I will be looking forward to the next part of my life!

Please, I say this sincerely. NOONE is too far gone. I didn’t start this journey until I was 28. It’s never too late to change your life to what you want it to be. Just take everything one step at a time, prioritize your tasks, push yourself one inch at a time, and eventually you can accomplish unimaginable things. If you asked me 6 years ago if this was where I’d be, I’d laugh at you. I understand that I had a support system. But my support system is only as good as I allow it to be. Seize your opportunities while they are there because they will not always be there. Go be the person you were meant to be!

I’m a little shy to post my story, but I hope it can motivate someone to change. 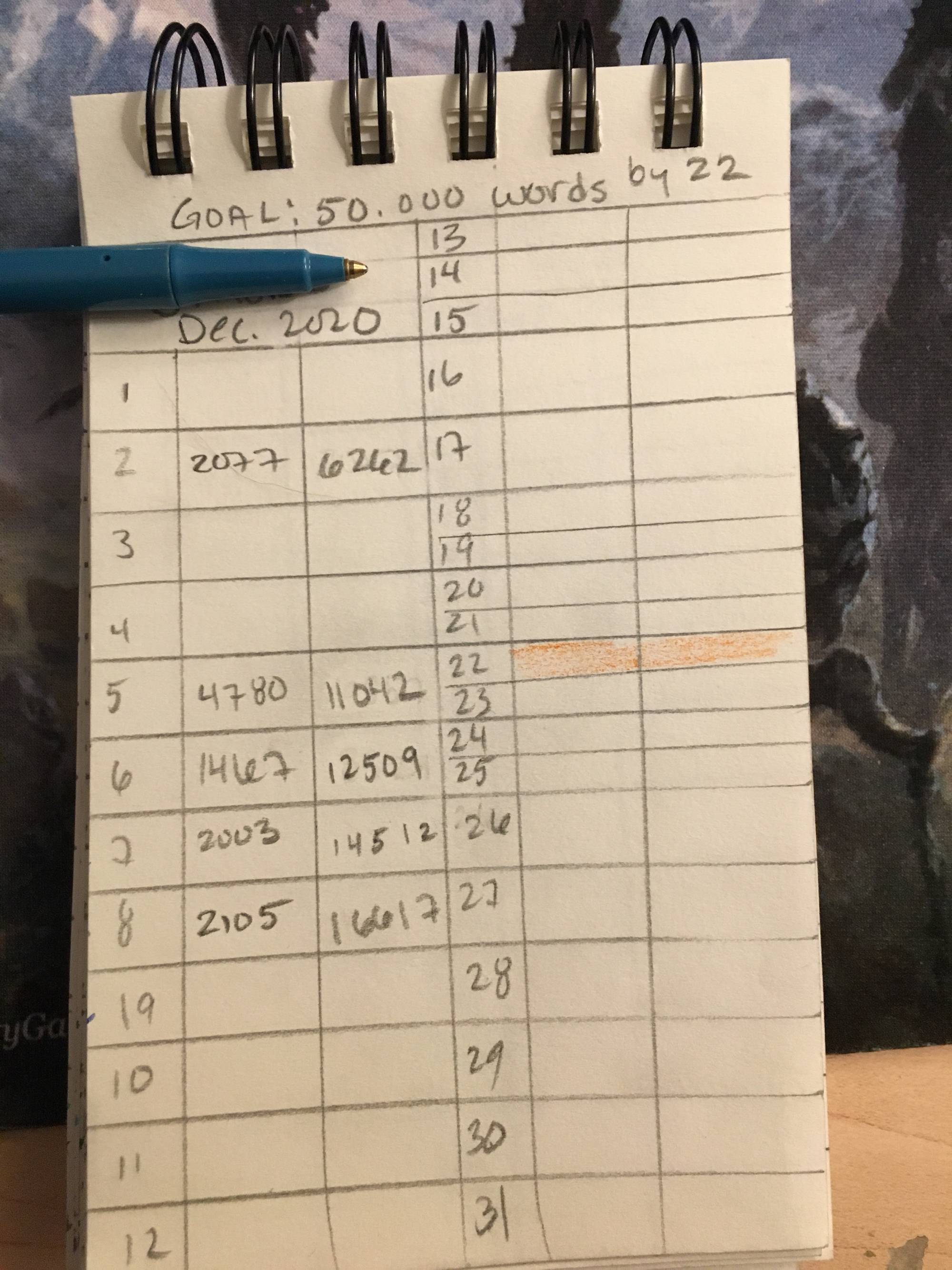